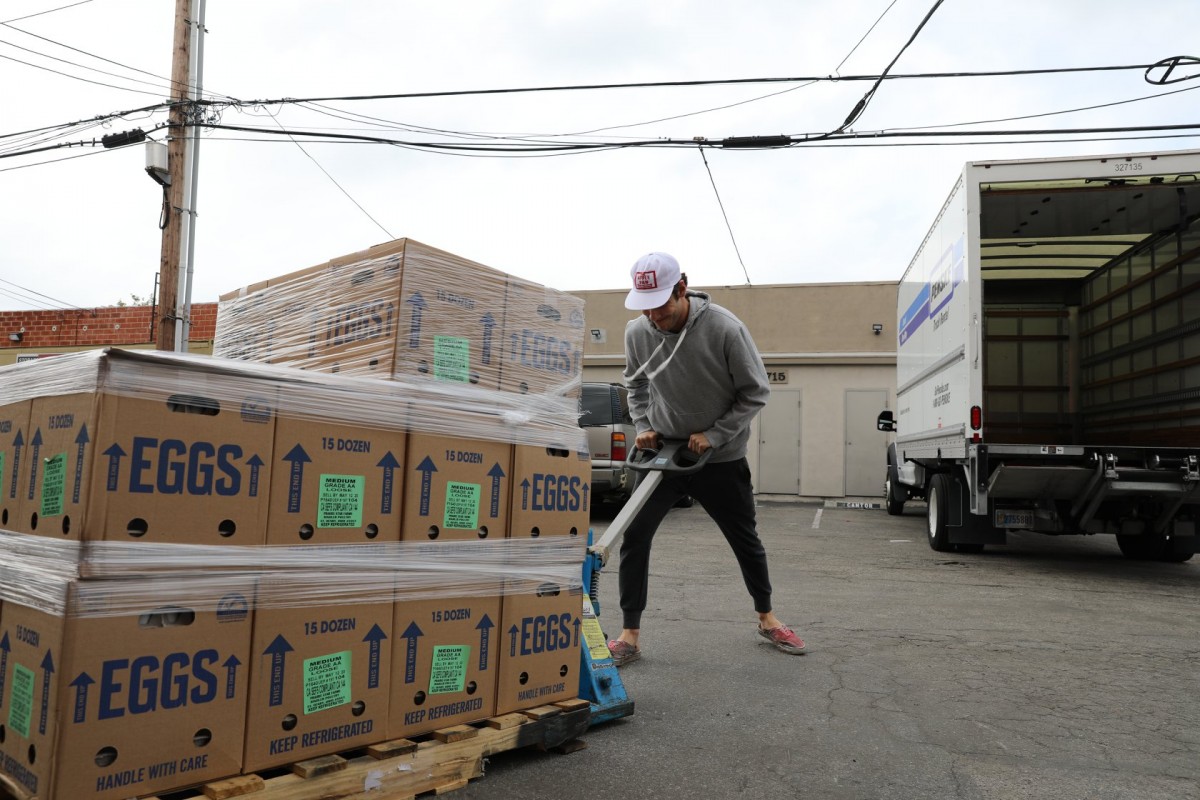 Preventing Food Waste by Linking Farmers to Those in Need

Please fill out the form below to get the latest updates from the J.W. Couch Foundation.

Billions of dollars worth of food have gone to waste during the Covid-19 global pandemic. Farmers across the country have massive surpluses of highly perishable crops, and food banks are struggling to keep up with record demand. The shutdown of the foodservice industry has scrambled the supply chain and left roughly half of the food grown in the U.S. that was previously destined for restaurants, schools, stadiums, theme parks, and cruise ships to be thrown into landfills or plowed back into the dirt. According to a National Sustainable Agriculture Coalition report, the impact could be up to $1.32 billion in farm losses alone. Agriculture officials insist that the food supply itself is not in question, but matching that supply with demand and getting it to where it’s needed most is the new and urgent problem. 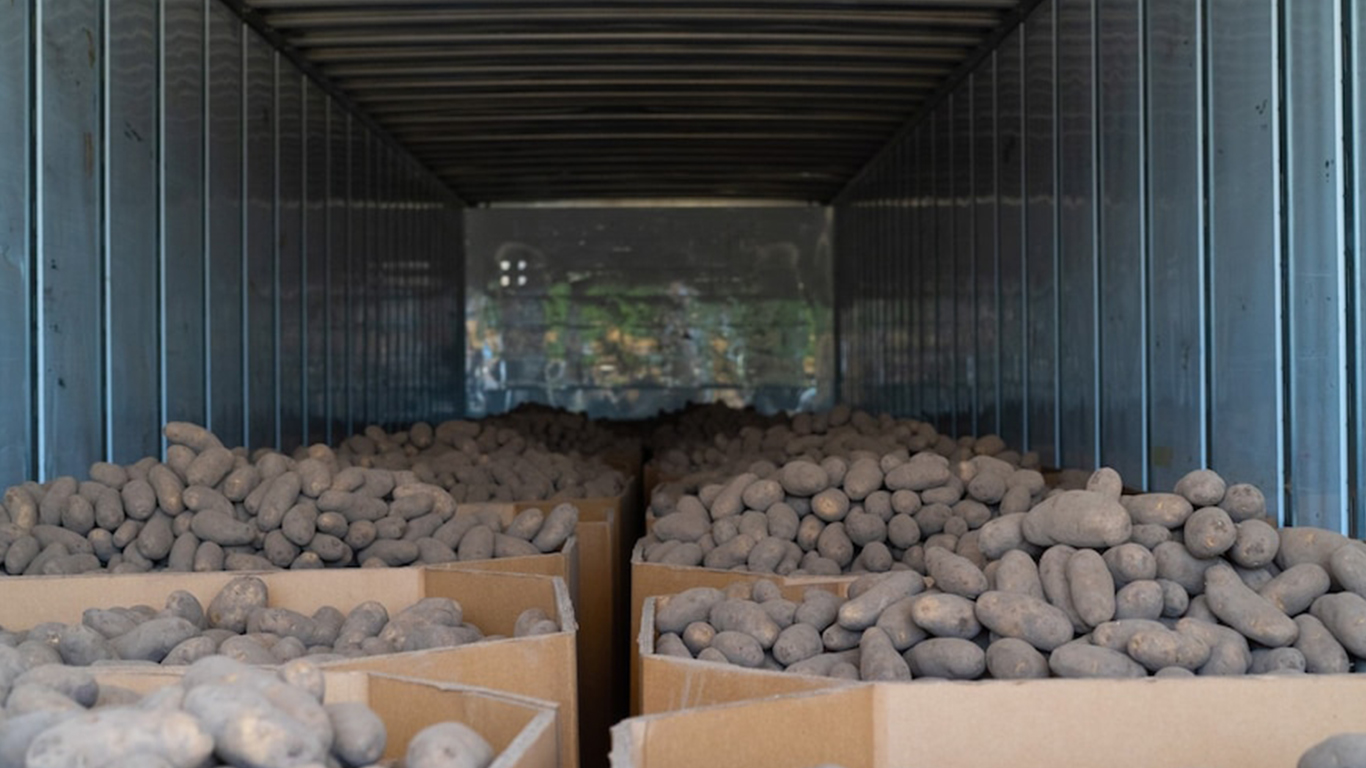 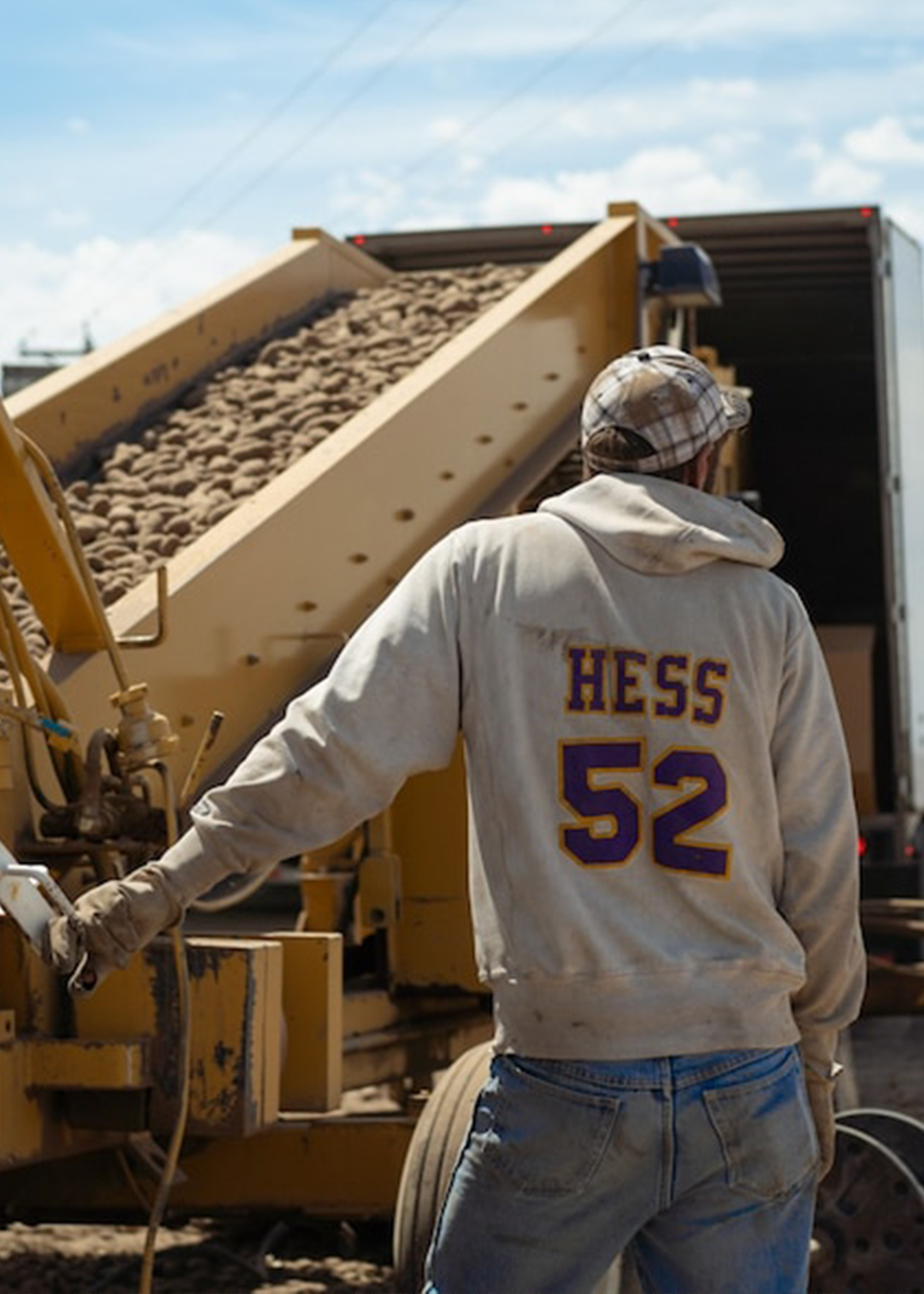 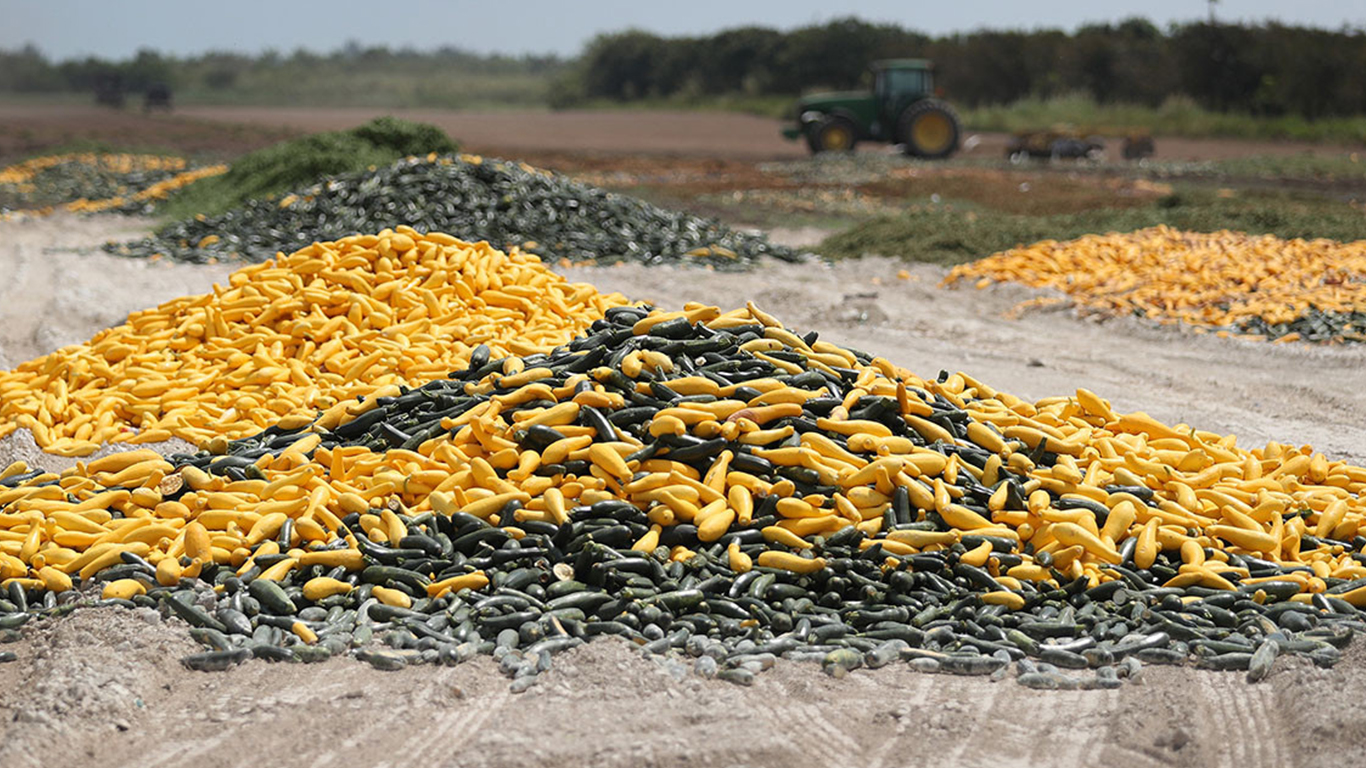 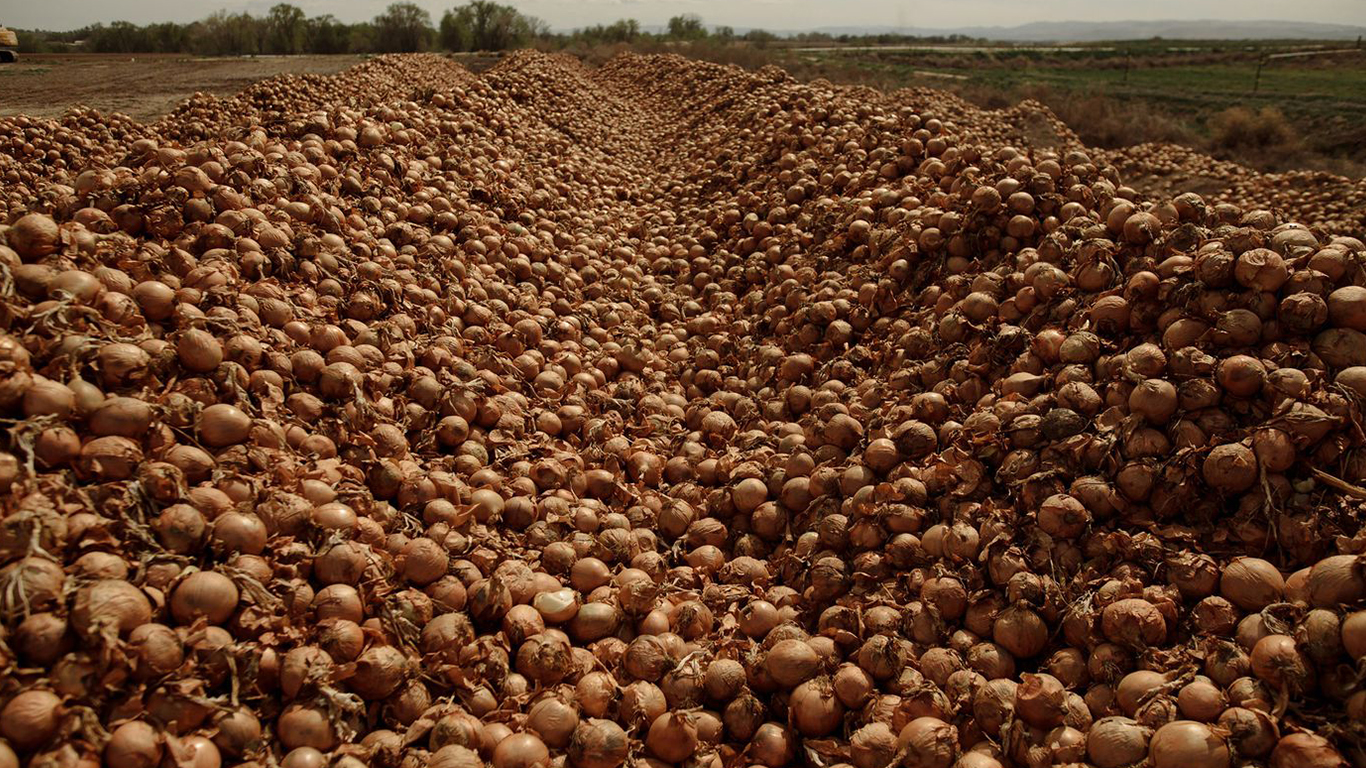 Doug Hess, a potato farmer in Ashton, Idaho, sells to commercial farms that supply the foodservice industry. His business has weathered tremendous financial loss and had a surplus of 2 million pounds of potatoes because the majority of his contracts were cutback. He donated some, but the cost to ship his produce to food banks was too high. Farmers worldwide are experiencing the same significant surpluses - from acres of fresh fruit or vegetables to millions of gallons of milk. It's estimated that 30% of U.S. households have lost income because of the coronavirus. As a result, food banks have struggled to keep up with the unparalleled demand of families searching for their next meal. The solution to both of these problems was finding the missing link to connect the two. After colleges across the country closed early for the remainder of the year due to Covid-19, a select group of students recognized the food crisis and decided to act. The FarmLink project started as a grassroots movement to transport surplus produce from farms directly to food banks in need. Since mid-April, they have delivered nearly 2 million pounds of food from farms in 12 states that have led to 1.5 million meals provided across 24 states. They calculate that their work has also led to 19 million pounds of reduced carbon emissions. For 2020, they aim to deliver 100 truckloads of produce, provide 1 million Americans with food for a day, and transport 5 million pounds of produce.

Over 100 full-time student volunteers at FarmLink have accomplished all of this by cold-calling hundreds of farms to locate surpluses alongside developing a highly efficient operation. Once surpluses are found, their team will rent large enough trucks to carry the loads or enlist the help of other willing truck drivers for deliveries to food banks in need. To date, they have raised over $750,000 from nearly 3,000 individual donations with the help of social media campaigns and word of mouth. Each donation pays wages to farmers and truckers, along with purchasing produce for families in need. Their long term goal is to create a sustainable business model that will forever be able to link local farmers to local food banks in need across the U.S. and abroad.

The FarmLink Project is a grassroots movement striving to prevent food waste and alleviate food insecurity during the COVID-19 pandemic. While farms are experiencing extreme surplus due to reduced commercial orders, food banks are facing soaring demand and shortages of donated food. FarmLink is innovating a new supply chain to transport surplus produce from farms to food banks in need.

100% of donations to FarmLink are used to purchase produce and pay the wages of farmers and truckers. We keep employees staffed, prevent fresh produce from ending up in landfills, and put food onto the tables of those who need it most.

Ready To Do
Something Great?

Working Alongside Dogs to Save the Planet

Josh Billings said it best, "A dog is the only thing on earth that loves you more than he loves himself." Some will argue...

Every year millions of people travel down a small scenic road to visit extraordinary beach communities in Walton County, F...

We'll be in touch soon.